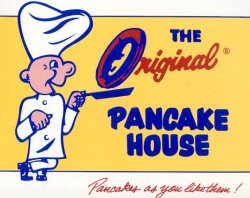 There was, however, one time where technically perhaps I was fired, but I consider it a quit. This was at Black Angus, I had already put in my two weeks’ (most people don’t think to put that apostrophe there) notice, and Karen and I were on our way to a concert in Bellingham. Restaurants are such bitches about giving you a damn day off, so I called every single person that worked there, even the person everyone hated. No one would take my shift, so I called in. I never claim to being sick if I’m not, so I told the truth. I said, “I’m on my way to Bellingham, no turning back, and no one will take my shift, so I won’t be in tonight.” He said, “if you’re not going to be here tonight, don’t bother coming back.” You call that what you’d like, but I had already put in my notice and I initiated it, so I consider it a quit.

There were many times I assumed I was fired. While in college, I worked at the Keg, Newport Bay, and the Original Pancake House all while taking 18 credits a semester, not to mention drinking very heavily. I had to be at the Original Pancake House at 6 a.m. every Saturday and Sunday morning, so, as you can imagine, I overslept atleast half the time. Not always by much, since my friend and I had a buddy system and we called each other when pulling into the parking lot and seeing a missing car. Once I overslept my multiple alarms and multiple phone calls and figured I was fired. I had just done this last weekend, too, and no manager wouldn’t fire me. Well, I decided to face the music and not pussy out. I drove over there and asked for the manager so she could fire me in person, and she told me to get on the floor. “I’m not fired?” I asked incredulously. “Are you crazy? This is our busiest day of the week, I would never fire you on a Saturday.” And so comes into play my amazing streak of never getting fired from a single job. That is, of course, if you count Black Angus as a quit.