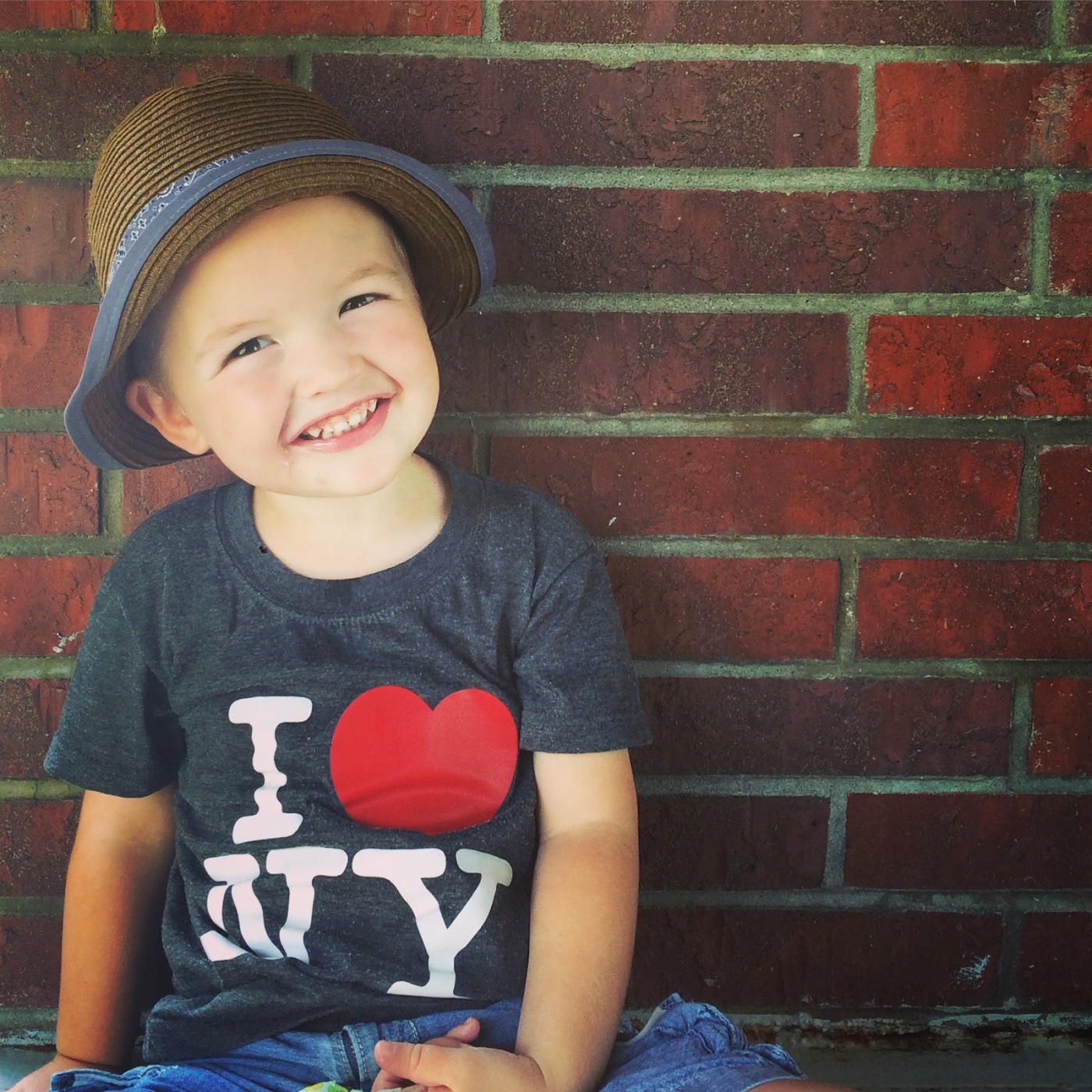 So we got dressed and I packed lunches and away we went. I forgot to bring the iPad and some other road trip games and toys to entertain the kids, but it was just fine. They were angelic. We sang animal songs and talked about our favorite fair things and stopped for gas and stopped at a rest stop. 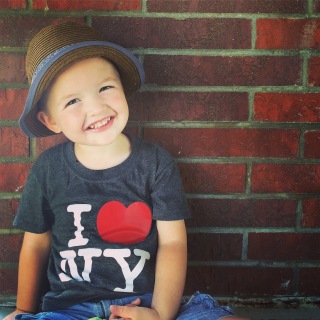 And then, two and a half hours later, we pulled into the fair parking lot. I come from a town that is famous for its fair. It is a giant ordeal, the whole fair thing. Parking alone can cost as much as twenty dollars. If you’re cheap, you will find yourself walking a mile or more from your car to the fair entrance. When I pulled into this Nebraska fair parking lot, I thought, oh shit, I don’t have any cash. But it was fine. Parking is free.

We walked to the entrance where there was some pleasant Nebraska woman giving each person individualized instructions. Personal instructions! And there was another woman offering me a free ticket. I went to buy a ticket for Brandon, but he was free. Kids five and under are free. This fair is amazing! 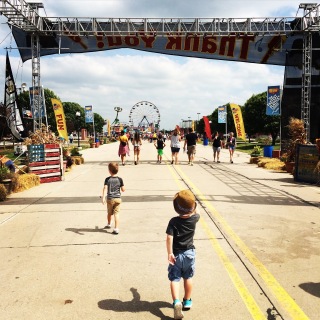 We walked into the fair and I could instantly see the way it was set up. The kiddie rides were together with the petting zoo. The older rides were with the carnival games. The food booths were together, the barns on the outskirts. If I ever were to design a fair, this is how I would do it.

We started with the rides. Get this: it was only $15 for a bracelet to ride any ride. This is by far the best fair experience of my life. Both boys got bracelets. They spent a good half hour in the bouncy castles. No parents were allowed inside, so I watched them from the gate, choking up at the thought that my boys are alone in there, fending for themselves. Finally they came out: sweaty and thirsty.

We bought water and took a break from the sun to see the 4-H animals. Holden loved sticking his stubby little fingers into each of the bunny cages and proclaiming, “I touched a bunny!” The people at this fair aren’t the coastal type I’m used to. Some stranger just took a bunny out of a cage and let my boys pet it. She wasn’t annoyed or rolling her eyes or anything. She saw an opportunity for happiness and allowed it.

Then we went on the electronic rides. This was a first for both of them. I was so nervous to let Holden ride alone in something that went up in the air. I figured he’d find a way to wriggle out of the seat belt and jump out of the car. So the carnie (not sure if there’s a more politically correct term) just told me to hop in with him. Without a ride bracelet! Is everything free at this unnaturally generous fair?

Sitting in the dumbo car with Holden huddled under my arm was my favorite moment.  We rode a ride just like one I had ridden as a kid. Up and down we went together in our car, with Brandon in the car in front of us shouting back to us that he could see the whole fair. 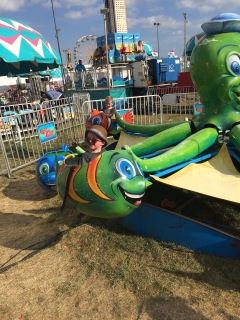 We didn’t have to wait at any rides, we just hopped on and the carnies let the rides go long when no one was waiting. The boys tried out everything, some rides twice. When we went to get more water, the boys saw the carnival games on the way. This seems like something I would deny usually, but what the hell? I had cash in my pocket from the withdrawal for the water. So I paid for three darts and began showing Brandon how to hold one. While I was attending to him, Holden picked up a dart and just let it fly. I have no idea how he knew how to throw it. Holden popped a balloon and Brandon popped two. They each got a stuffed animal. They hugged them close all evening, so proud of this first thing they earned themselves.

We checked out the petting zoo, which was so much more than I expected. They had animals I don’t ever remember seeing before: a kangaroo and a zebra. Then we left, having done everything we wanted to except the Ferris wheel (I didn’t tell the boys that it is the only ride I am scared of – they think we just ran out of time). 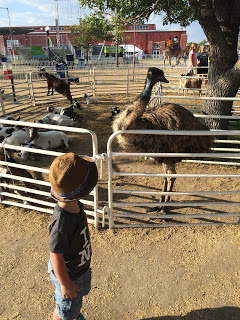 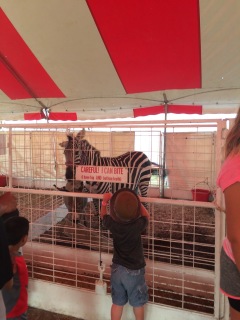 I stopped at a gas station on the way out of town to get the boys orange juice and chocolate milk. I was parked in front of a gas pump for quite some time, pouring liquids from one container into something with a straw like I was a scientist with beakers. A gas station employee came out and tapped on my window and told me to move. Usually, something like this would make me grumble, but not yesterday. She was just doing her job. Nothing could pull me off our high. Yesterday I lived what I wrote and found it again to be true: the world is either an awful or a beautiful place to live in, depending how you look at it.