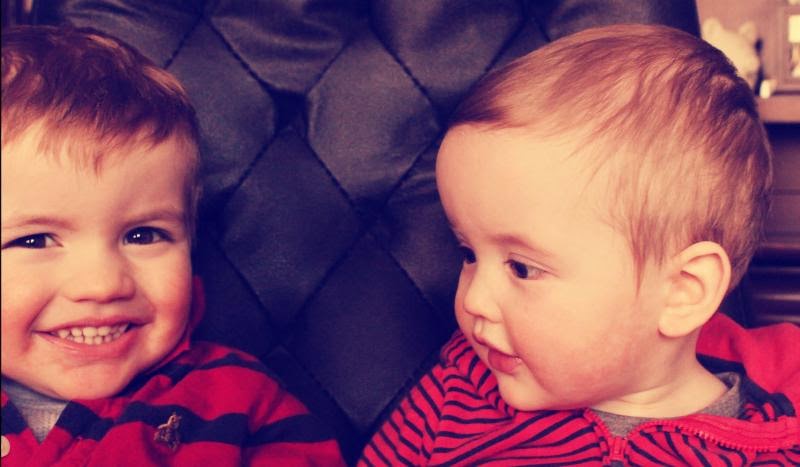 Brandon is the earliest riser in this house. Every morning, he is up around 6 a.m. I try to cajole him into going back to bed – I read to him, lay in bed with him. Nothing works. He is up that early. So since brother is, so is Holden. He is forever trying to be big like his brother. 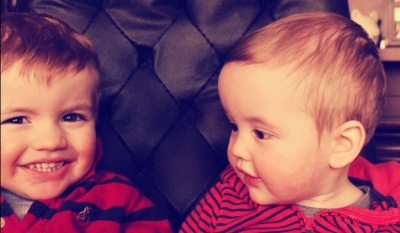 These two could spin around on the desk chair for hours if I would indulge them.

Brandon hurts Holden from time to time. He doesn’t understand that one day soon Holden will be just as big and strong as him and will very likely come up to him and whap him a few times for all the injuries he sustained before he could defend himself. 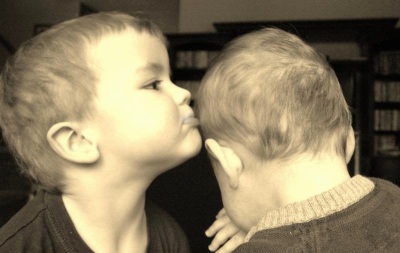 Their first year together is coming to a close. This next one should be full of more scheming, playing together, and yes, fighting too I suppose.