Gracie and her family are road tripping and happen to be in Nebraska, so we met up this morning.  Before we left the house, Brandon said, “let’s go to the park to see my half-sister.” And we did. 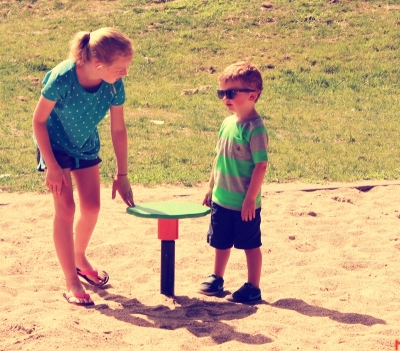 Brandon loved Gracie. He followed her around, talking endlessly. He talked about Wild Kratts (he likes Chris, she likes Martin), he sang her the Slippery Fish song he learned at the library. He told her which animals he saw yesterday at the zoo. She was so patient and attentive with him. There was a moment when they grabbed hands, Gracie helping Brandon down the stairs that I thought my heart would explode out of my chest. 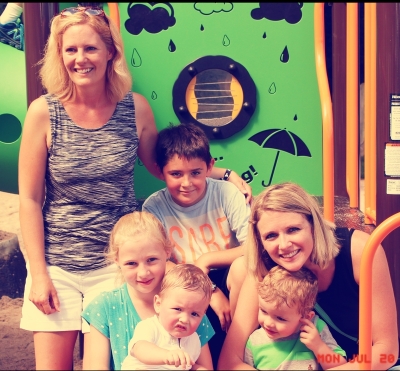 We took a picture, looking like just two moms at the park with their kids. But we’re not just that. We are both moms because of each other, helping each other reach that stage, one sooner and one later. Her start date was expedited, mine was postponed. In Nona I see the patience and fortitude that I think every mom would love to have. She models good parenthood by being a good person. I remember the day I met her, marveling at her selflessness. I saw in her a person who was ready to be a mom, and someone who we be a damn good one. It was many years later that I became a mom myself. 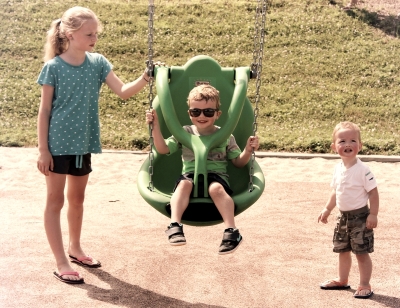 After awhile we got into our cars and drove away. When we veered off in different directions, I began to cry. It is the feeling of loss that chokes me up, and you feel loss so much more deeply after being filled up. And then, from the backseat, Brandon said, “I miss Gracie,” as if reading my mind. “I do too,” I told him, sad yet also thankful that for a morning, we were both full.