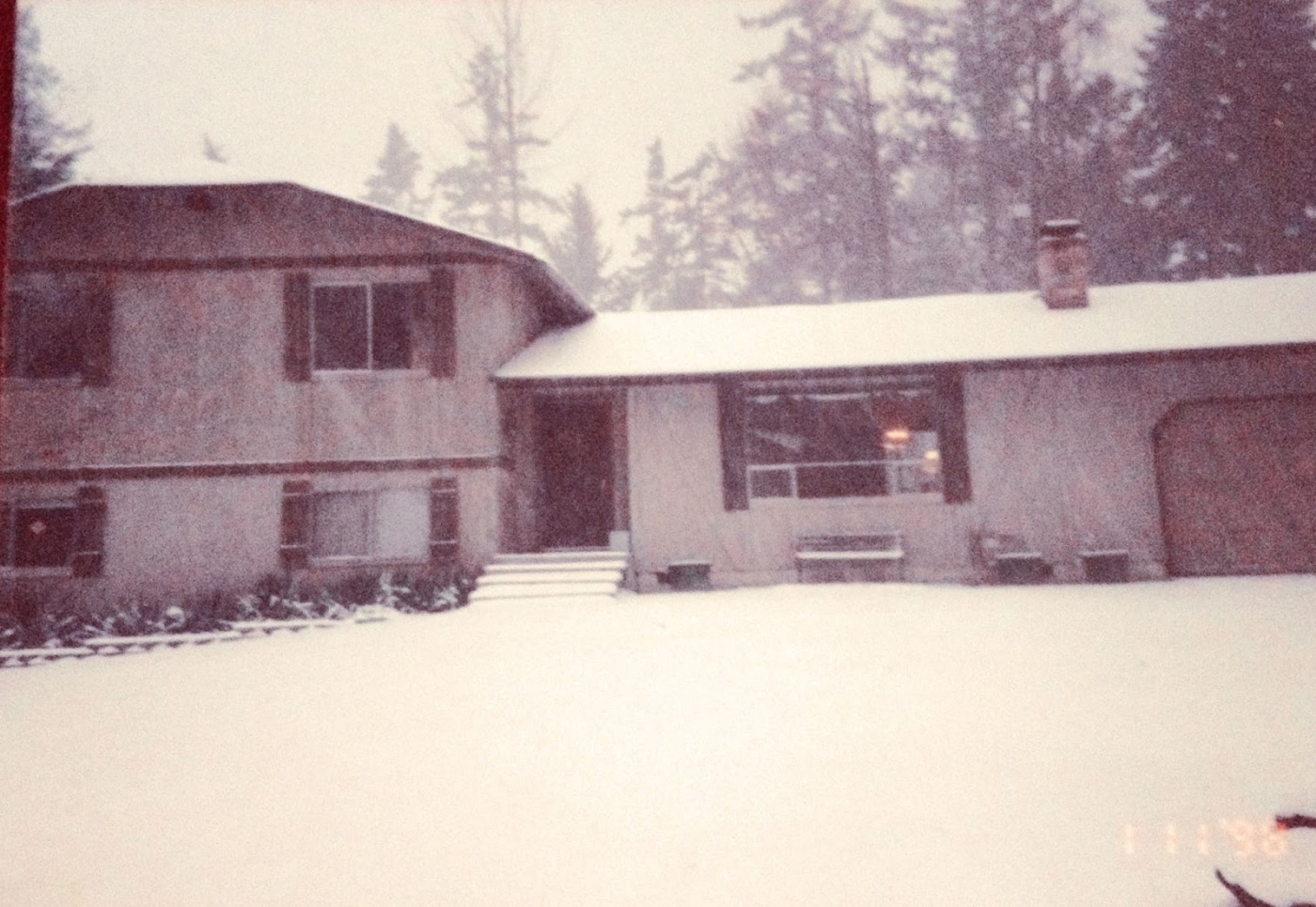 The unthinkable has happened. My parents are selling their house. Our house. Our family home.

When I heard the news, I should have been instantly happy for my parents to be moving on and up. I should have been glad for them and this next chapter that they’ve been talking about for years and years. And I suppose I was, but that feeling was dwarfed by my overwhelming feeling of loss, losing this piece of my history. I felt pretty choked up even when the family sold my grandpa’s house, but my house? My house. A lump is in my throat even just writing those words.

A few months ago, I wrote about my childhood home after reading a book all about what home means to different writers. It was as if I was preparing myself for this moment, before I had any idea it was going to happen. But I still was not prepared. I instantly texted my sister, who also lives a little distance from that house and can also see it with the same sanguine nostalgia I do; rarely seeing it instead for what it is without us.

Then that night, I texted my brothers and my mom. I called Alaska Airlines to see how much it would cost to extend my Thanksgiving vacation for a couple more days, one more weekend in that place that means so much to me. A few years ago, we actually stopped doing many holiday festivities at my parents’ house. I always have a baby in tow as does my older brother, and that house has rough edges and extra stairs and not enough space. Instead, for the holidays we gather at my older brother’s house. But this year, should it be at 118th Street for one last holiday? Of course. Of fucking course.

Steve came home late on Tuesday after finishing class and he walked into the kitchen to where I was crying and stopped short. “Is everything OK?” he asked. “It’s been a rough day,” I answered. “I’m really sad about my parents moving out of our house.” And I tried to explain why it meant so much to me, how not only was I raised there, but how that’s where my siblings and I became friends and allies, where we were home schooled and helped my dad on his campaigns and where we got our first dog and even better, a trampoline which we spent hours on.

I thought about the bases my dad spray-painted on that cul-de-sac pavement so we could always play baseball even without bases and I thought about that fort we had girls’ club meetings in and I thought about how I learned to drive in that backyard and how my brother repaired the fence after I drove into it so my parents wouldn’t know. I thought about how that was the first place I had a room of my own and where I fell in love with reading and writing and puzzles and all of my other solitary hobbies. It was in that living room that I first called the adoption agency when I was pregnant.

But it was hard to explain this to Steve. Although he listened, he has always moved every few years and only now in this house does he feel what home feels like. It’s hard to explain that there is another kind, the kind our sons will remember this home we have as. Although a person can hear your words, they can not feel your emotion unless they have something similar to compare it to.

We have Thanksgiving, but after that, our house will no longer belong to my family. We will not spend another Christmas listening to Evie cassettes while mom bakes in that puny kitchen (my mom finally gets a proper kitchen! She has been dreaming of this since I was a child. Yay mom!). We will not jump on that rusted-over trampoline anymore. We will not walk down Pipeline road or close that damn bathroom door and turn the fan on after a shower because dad insists on growing mold. What’s silly is we don’t do those things that much anymore anyway. But something about the option being removed makes me think of those things in that sanguine nostalgia.

It’s coming on Christmas and one of my favorite memories was one winter night when it snowed. I remember when dad allowed us to run barefoot in the snow. It was dark out, and the four of us and dad ran up the neighborhood hill and back down in our bare feet, squealing in delight. And then, we ran home, into the warmth of that house and told mom all about our adventures. That’s what coming home is to me. And perhaps why this hit me so hard is because I feel that I will never have a home to come back to. I know that it is the people that make something special and the place is just the backdrop, but that backdrop was pretty damn special to me too. 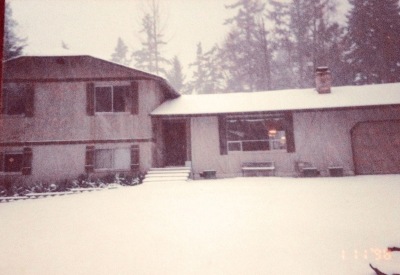