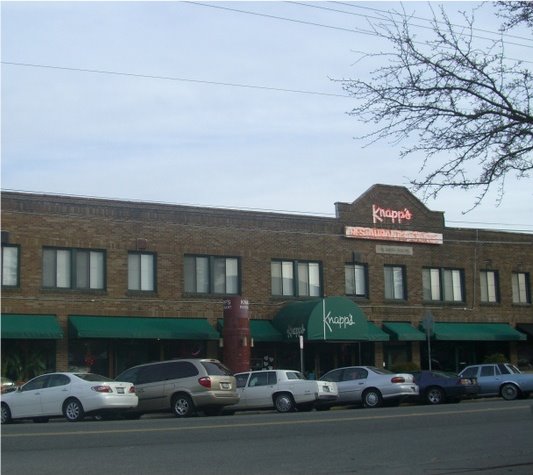 Before having a real job, I worked teen jobs. I babysat, was a counselor at summer camp, and ran an after-school tutoring program for Bancroft elementary from a church basement. But I didn’t really enter the work force until my job at Knapp’s. This is it:

and for a flavor of the inside:

When I needed a job, I knew it would have to be in a restaurant. I had always wanted to be a waitress. Frankly, I’m not sure where I even got the idea since as a kid the places we ate out didn’t have servers. When Amber and I were younger and mom had moved her gargantuan Ethan Allen dresser (which looks like this:) 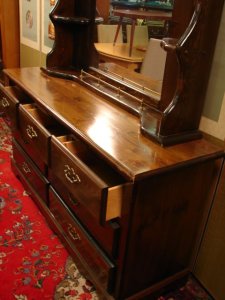 into Amber’s room, we used it to play restaurant. We set cups and decorations on the dresser. We set up a table with a tablecloth (which, conveniently, was hanging on a hanger in Amber’s closet – as you can probably already tell, every room in our home doubled as a storage room). We added some chairs and shoved all the bedroomy items into the closet. We named our restaurant “Mousies” (you don’t need to know the origin of the name, I’ll save that for another blog). We begged Joel to be our first customer and pretended to wait on him and cook him anything he wanted and asked him for his patronage again soon (although I’m sure we didn’t use the word “patronage” [if you couldn’t already tell from this blog, we were homeschooled]).

Back to Knapp’s: my mom knew a woman who worked there and got me a job working Saturdays and Sundays. I went out and bought khaki pants and white shirts. I came to work hoping by the end of the week to be more than a hostess/cashier – perhaps I could fast-track my way into waitressing. It was at Knapp’s that I met the sweetest German woman who always tipped me twice as much as the other grumpy server. I made her salads for her, cleared her tables, and made the milkshakes (after a couple instances of splattering it all over the walls first). I emptied ash trays (for that was the good old days when you could smoke in diners if you pleased. This was before people were herded outside like cattle just for fancying nicotine). When the German woman got flustered, she started speaking in some sort of yiddish, which made me skittish. I ran around with the coffee pot and water jug making sure all of her customers were hydrated.

Neither the German woman (non-smoking section) or the old grumpy waitress (smoking section) were looking to leave their posts anytime soon, so I knew I would remain a lowly hostess/cashier (any job title which includes a slash is awful) for the entirety of the summer. So I passed my time eating their mint sticks covered in chocolate, refilling the toothpick holder, marrying ketchups and wiping menus. I worked extra hard for the German woman since she was nearly my sole source of income. She had me running back and barking orders at the cook. For some reason, he must have found it endearing, for one day when I took my free food home, I saw he had cut my garlic bread into the shape of a heart: the two slices joined by toothpicks. 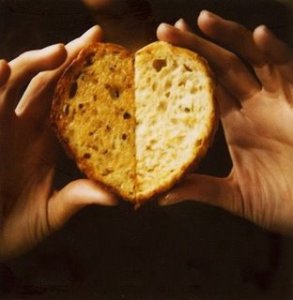 Soon it wasn’t long until the cook with the missing teeth and rat’s tail was asking me to run errands. “We ran out of whipping cream, Holly, could you run to the grocery store and get me four cartons?” So I headed out to the store. I discovered that whipping cream is not made by Cool Whip or ReddiWip after about thirty minutes of trying to find a carton of either brand.

And just when I was beginning to think I was all grown up, what with having not only a job, but cash in my pockets, minty fresh breath, and knowing a fact about the culinary arts…just when I was about to believe I could be considered an adult…that’s when my dad pulled up in the Dodge Aspen to pick me up and drive me back home.