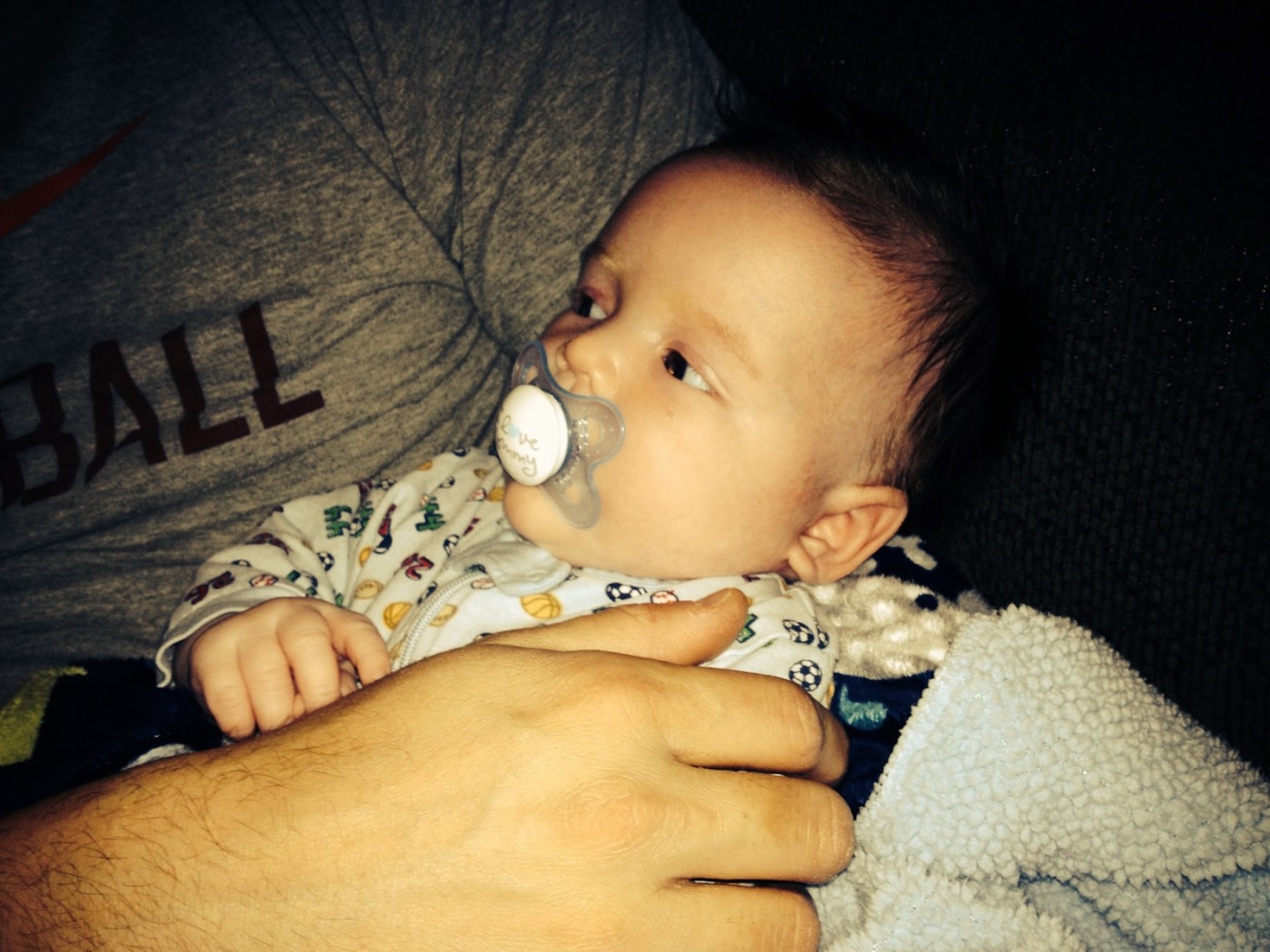 Today Holden is five weeks old. His first three weeks, he was a little angel. He slept well, ate on a schedule, and rarely cried. Even when he did cry, it was just a soft whimper. Damn, I thought he was the perfect baby. 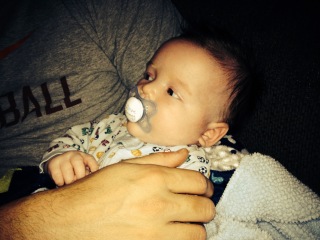 But these past two weeks, they have been a different story altogether. He has become increasingly fussy, almost to the point of aggression. His cries have crescendoed into a shrill shriek. It all cumulated this weekend; every time he was awake, he was screaming. Steve and I were both on the verge of losing our shit altogether. We tried to fix it: we got new bottle nipples, switched his formula, gave him gas drops. Every remedy caused only a temporary relief. Very temporary. 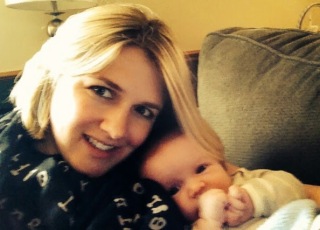 I googled “colicky baby” yesterday and was convinced that we had a dud mean case of colic on our hands. After all, it doesn’t usually start until 3-6 weeks of age. Holden has many of the signs – he still keeps his knees drawn to his stomach, he screams, he screams, he screams. Need I say more? So I was mentally preparing myself (if there is such a thing) for the next two months of pure torture. Because honestly, I don’t think there is a worse sound to a mother than the crying of her baby. Two more months of this? My preparation might as well have been a straight jacket. 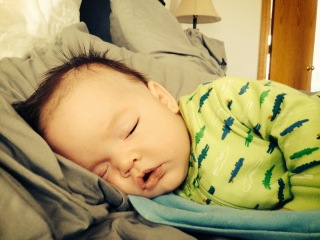 But then Steve said he remembered his old boss telling him that they thought their child had colic, but it turned out they just weren’t feeding him enough. Holden has been drinking 4 ounces at a time every three hours for some weeks now. I haven’t increased his amount yet, because he’s drinking two and a half times his weight as they say kids are supposed to. But parenting can’t be boiled down to following rules. It’s really not that exact of a science. So last night we fed him his four ounce bottle. When he kept crying afterwards, we fed him a two ounce bottle. And then another two ounce bottle. And a miracle happened: he stopped crying. Not only that – he also slept for six straight hours. I kept waking up to make sure he was still breathing. It was my best night of sleep yet. And today – he isn’t acting colicky at all. I’m hoping this is the return of my little angel.