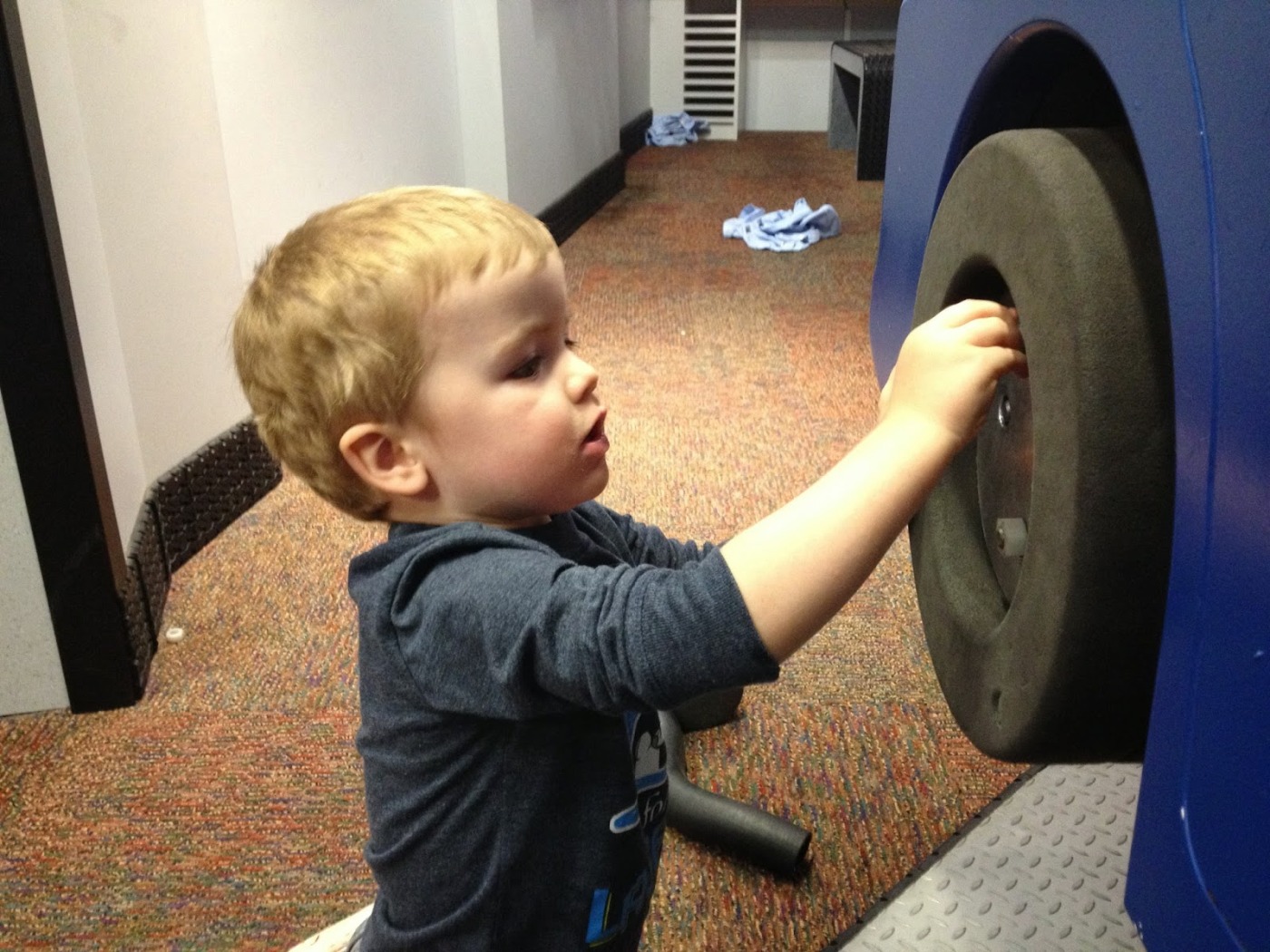 So many reasons I love fall! Here’s one: no one is at the children’s museum thanks to school. We went in the summer a few times and it was pandemonium. In the fall, it’s just a handful of us stay-at-home moms (and the token dad, of course) with our toddlers and babies. No screaming, the staff is friendlier, and no one is taking each other’s things. It’s damn near blissful. 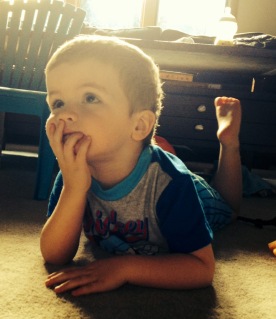 Brandon is so used to us getting him Netflix movies that when we checked the mail the other day and there wasn’t that red envelope, he said, “no movie?” This is how he plopped down to watch The Lion King. 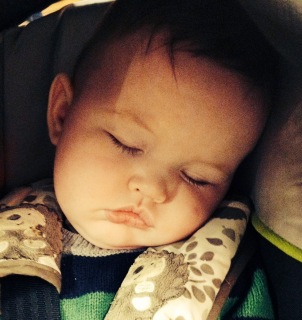 Holden barely fits in his infant carrier. He is a sausage in his casing, that’s for sure. But I’m holding out on that bigger carseat until he sits up on his own all the time.

How soon is too early to know that your child has OCD? Brandon spent an hour arranging and rearranging his bath toys into lines. If only he could organize my digital pictures already…

I like to take the kids out to do something at least every other day. Sometimes it’s nothing too exciting – just the grocery store or donuts and coffee; then some days it’s a kids adventure extraordinaire. I want our home to be their safe haven, their landing spot, but never a prison. I know it’s working, because once when we were out and about, Brandon said, “I wanna go home.” I love that he loves our home as much as Steve and I do.

Yes, there is a dingy towel in the background. But instead, just focus on this sweet face. He is the age of smiles and coos and squeals. And of course, their counterparts. But the good certainly outweighs the crabby.